On Thursday 29th July we welcome Lemon & Herb to perform a live broadcast on top of one of Johannesburgs wonders, The Soweto Towers.
Orlando Power Station is a decommissioned coal-fired power station in Soweto, South Africa. The power station was commissioned at the end of the Second World War and served Johannesburg for over 50 year. The Soweto Towers have become one of the most distinctive landmarks in the neighborhood of Soweto and the site of the world’s first bungee jump between two cooling towers.
Due to the current climate, there will be no audience allowed on site. There are no tickets being sold for this broadcast as it will be a free live show on Africa My Playground social medias.
*´¨)
¸.•´¸.•*´¨) ¸.•*¨)
(¸.•´ (¸.•` ¤ _ Live broadcast details
Show goes live at 5pm on Thursday 29th July. All links will be posted in the event page prior to going live
Facebook – facebook.com/AfricaMyPlaygroundConcert
Youtube – https://youtu.be/U5XJoxHXVqQ
*´¨)
¸.•´¸.•*´¨) ¸.•*¨)
(¸.•´ (¸.•` ¤ _ Proudly brought to you by Africa My Playground, Connect Entertainment & Soul Candi Live 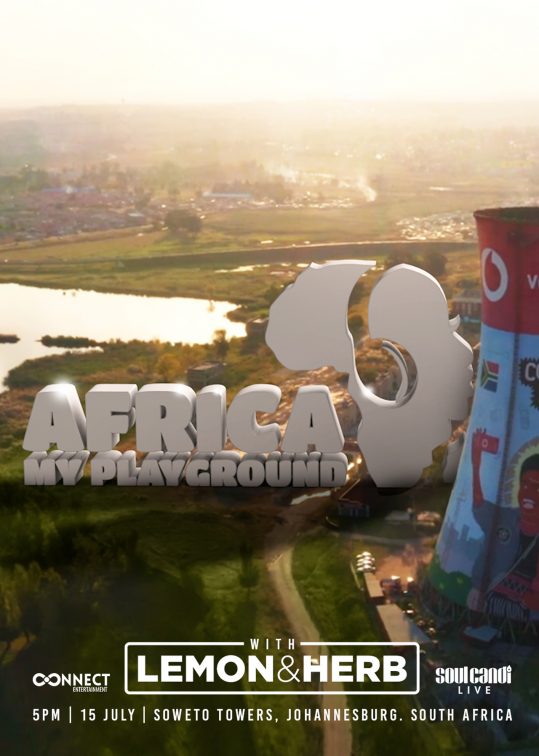