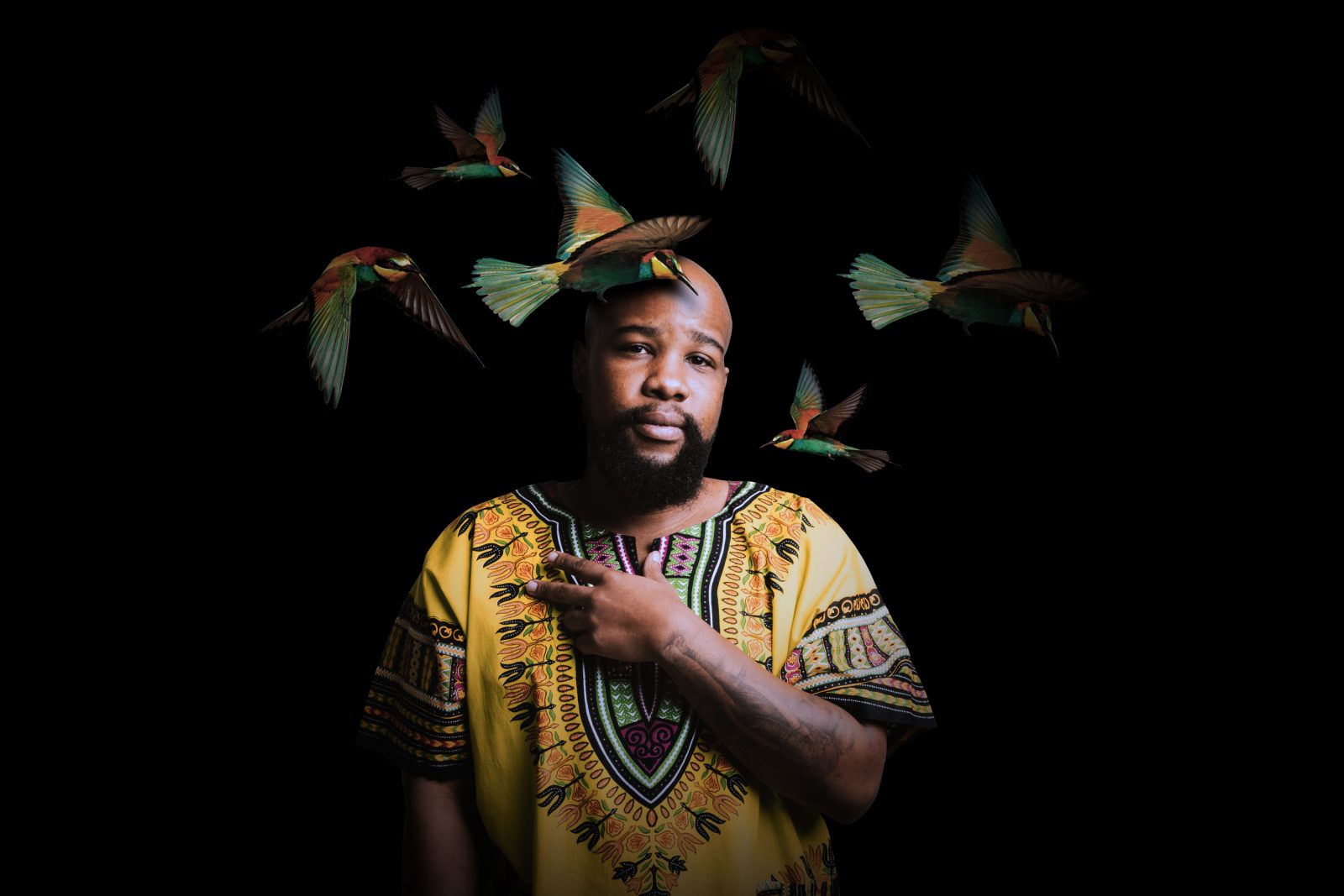 Fresh out of matric, Apple Gule (real name Aphelele Gule) found himself in studio helping out a friend with a demo and while essentially messing around with vocals, Gule eventually realised that music was his true vocation.

Now in his mid-twenties Gule, who used to call the town of Mbabane in Swaziland home, resides in Johannesburg, no doubt in the hopes of solidifying his place amongst SA’s pop elite.

But Gule’s body of work extends beyond that of just, pop. He cites The Weeknd, 6lack and John Legend as influences, all of whom have put their own spin on R&B for a new audience and younger generation. But it’s Legend who really ignited Gule’s creative fire. “I started following him way before he was famous,” explains Gule. “I’d always see pages on the internet and I just fell in love with his style of music and what he represented. His honesty, his musicality and his voice have always pushed me to better myself.”

Apple Gule is the latest up and coming musician to break into the African and African music industry. The singer-songwriter labels his sound as soulful pop with broad influences from other genres. His ‘Handwritten’ EP is a six-track introduction into the his talent of the 23year-old. The music video premiere of his leading single “In Your Life”.

On his early stages in music:

“I’ve always loved singing since I was still a young kid. I never took seriously until I left matric. I was asked to help out a friend in studio making a demo. He knew I had a natural talent but wanted to see me exploit it. Ever since my first day in studio I knew it was what I wanted to do for the rest of my life.”

On his career goals:

“For me music is bigger than me the artist, my mission is to make it known that anyone can go into the world and make it who said a kid from a small village in Swaziland can’t make it on the world stage?”

On his music influences:

“My favourite artist since I can remember was always John Legend. His talent and demeanour inspire me to continue to better myself. Another major influence is the sound that’s currently growing in the UK, with artists like Sam Smith, Sasha Keable, Disclosure and Michael Kiwanuka to name a few.”

The singer says he enjoys freestyling new melodies, lyrics and beats. He also gets a lot of his ideas from playing around in the studio with his prodder(s).

“I am currently in the process of starting a charity that helps primary school kids from Grade 1 to 3 get books to learn and study with. It will be based in my village back in Swaziland and grow in due time. Why from Grade 1 to 3? Because those are very critical years in the learning to reading phase of every child’s life.”